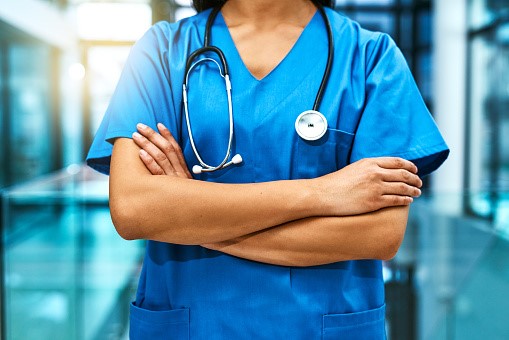 By Deepika Raino of Adkirk Law

Could this be a historic moment in the battle against racism?

In its conclusion the Employment Tribunal noted that BME doctors make up 29% of all UK doctors, employers make 42% of their complaints about BME doctors and UK graduated BME doctors are 50% more likely to receive a sanction or a warning than white doctors.

There has been much excitement at the recent success of Dr Karim, a consultant urologist, in his discrimination case against the General Medical Council “GMC”. He is the first doctor to have ever won a case of discrimination against the GMC following the landmark decision in the case of Michalak v GMC December 2017. Given the profession’s long-standing suspicions of racism within the higher echelons of the medical establishment (consider for example the cases of Dr Bawa Gaba and Dr Sellu), how does it come about that he is only the first?

Unfortunately, the answer appears to be down to technical legal problems!

The answer lies in technical legal problems. Until 2017 the GMC had always eliminated such claims as soon as they were launched by successfully arguing they were prohibited by statute. An obscure subsection of the Equality Act 2010 (and similar subsections in the preceding Race Relations Act 1976 and Sex Discrimination Act 1975) provides that if the matters in issue can be dealt with by way of a statutory appeal (for example, under the Medical Act) then the jurisdiction of the Employment Tribunal is ousted. Even if they could not, the GMC further argued that jurisdiction was also ousted if Judicial Review proceedings were available to the doctor (which they usually were).

It was not until the Supreme Court decision in 2017 in Michalak v GMC that this subsection was ultimately interpreted. The result was that a discrimination case in the Employment Tribunal “ET” against the GMC (and other professional regulators) finally became possible for doctors and other professionals. The Supreme Court held, that in this context Judicial Review was not “a proceeding in the nature of an appeal” and that Parliament had not intended to oust the ET’s jurisdiction in the way argued by the GMC.

The first person to take up this opportunity was a Dr Onwunde in 2018. The Medical Practitioners Tribunal’s “MPT” fitness to practise hearing made a determination of erasure from the GMC register, but he had made a successful statutory appeal to the High Court which quashed the most serious findings made by the MPT and sent the case back to the MPT to consider the findings which it upheld. Dr Onwunde then brought proceedings in the ET against the GMC. In summary, he alleged race discrimination due to certain breaches of procedure by the GMC during the course of its investigation of his fitness to practise. He did not claim that the MPT’s decision to erase him was made because of his race. His case was rejected. In summary, the ET found his claim was not well founded and he had made his claim out of time. The ET also considered that his allegation of discrimination and breaches of procedure could have been made on his statutory appeal to the High Court. It agreed with the GMC that only where appeals were not possible, arguments about procedural breaches could be brought before the ET.

Being cleared of fitness to practise allegations provided the route for Dr Karim’s success.

In Dr Karim’s case though, there had been no finding of impaired fitness to practise even after a four-year investigation by the GMC. He had been investigated in parallel with a white colleague referred by their employer at the same time to the GMC, but his white colleague’s case was dropped from the case at an earlier stage. Dr Karim accordingly alleged discrimination in the investigation into him, compared with the investigation of his white colleague. The ET’s judgment suggests that the GMC did not raise a jurisdiction point in this case. Instead, the employment judge focused on the alleged discriminatory treatment and found that Dr Karim had indeed suffered unfavourable treatment due to his race in that there had been undue delay in progressing his case, in that the GMC appeared to have actively searched for material to support a case against him, and unlike the case against his white colleague, the case against Dr Karim was not dropped although they were highly comparable.

What conclusions could we draw from this case?

The GMC is appealing the Karim decision so any conclusions can only be provisional. But in the meantime, it seems that a doctor who has been cleared of misconduct is in a stronger position to be allowed to bring a case to the Employment Tribunal because there is no statutory appeal available to him.

Secondly, a doctor making a statutory appeal to the High Court from a decision in his case should consider whether discrimination should be raised in those proceedings, lest he is precluded from doing so later. What the High Court would do in such a case is another matter, since it is not usually concerned with these issues and has more limited powers to respond to them than the ET.

Thirdly, the kind of acts by the GMC which might amount to discrimination include unnecessary delay in investigating, making unwarranted enquiries to garner evidence against the doctor and making different decisions in otherwise comparable cases.

It might well be thought that there is lack of clarity about how a doctor (or indeed any professional person) who may have a legitimate claim against his or her regulator for discrimination, should actually make a claim. To incorporate it into an appeal to the High Court would appear less than satisfactory. Lord Kerr himself said in Michalak, “The rationale can only hold where the alternative route of appeal is capable of providing an equivalent means of redress.” It is at least debatable whether that is so.

Whether or not the GMC is successful in appealing the ET’s decision, this case certainly lays bare the issues faced by all professionals undergoing fitness to practise investigations; prolonged investigations, such as investigations undertaken in accordance with Maintaining High Professional Standards, significant delays in the professional Regulators’ investigations, and the often seen practice of looking for material to support the allegations against the professional (which is not unique to the GMC) and the linking of cases for the convenience of the Regulator’s investigation, all which negatively impact the Registrant’s career and reputation.